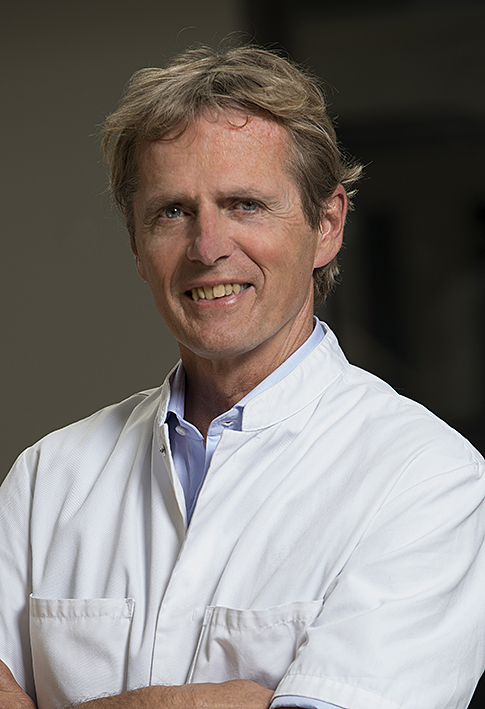 Prof. Niek van Dijk is a leading authority for arthroscopic surgery of the ankle. He is the founder of the Amsterdam Foot & Ankle School, which places particular emphasis upon a painstaking diagnosis, followed by arthroscopy as a surgical resource rather than a mere diagnostic. His operative techniques have spread throughout the world, and have benefitted leading athletes, as well as ordinary people suffering from ankle problems.

Niek van Dijk is a professor in orthopaedic surgery at the University of Amsterdam and the former head of the Orthopaedic Department of the AMC hospital (Academic Medical Center in Amsterdam). Recently he is working in the FIFA Medical Centres of Excellence in Madrid, Clinic Ripoll, de Prado & van Dijk (near Real Madrid Santiago Bernabéu Stadium) and in Porto, Clinica de Dragão (near FC Porto Dragão Stadium). He is specialized in surgery of the ankle and knee, sport traumatology and arthroscopic surgery (http://www.ripollydeprado.com).

In 2000 Niek van Dijk started the first Amsterdam Foot and Ankle Course. Because of the great interest in the course and the techniques, van Dijk developed in 2012 the free access interactive website: www.ankleplatform.com with the aim to improve and share knowledge and skills on ankle and hindfoot pathology. Today Ankleplatform has members from 115 countries all over the world. Niek van Dijk is editor in chief of JISAKOS (journal of ISAKOS) and has been in several (inter)national board positions a.o. as president of ESSKA (European Society for Sport Traumatology, Knee Surgery and Arthroscopy), ESSKA-AFAS (the ankle section of ESSKA), the Dutch Orthopedic Society and NOF (Nordic Orthopedic Society). He is honorary and corresponding member of many international associations.